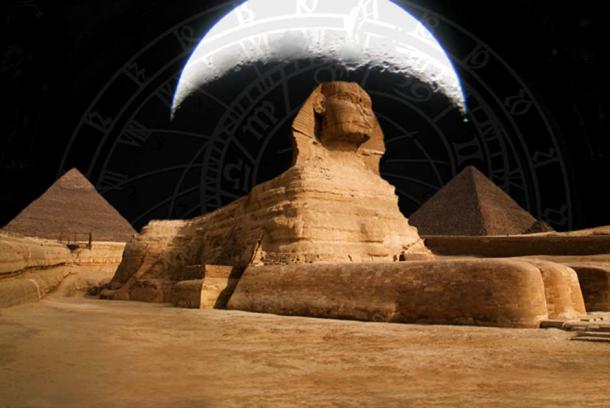 The design and scale of Egyptian burial tombs varied from period to period, even though their function remained the same. While most tombs were built during the lifetime of the person it was meant for, Egyptian tombs were constructed to house the body of the dead, but also functioned to transmit the soul to the underworld. However, in order to assist the dead, most tombs were decorated with texts meant to help guide the deceased's soul to the afterlife, something that was attainable to all. Throughout the centuries, the Egyptian people decorated their tombs and coffins with religious spells and texts hoping to help the dead in the afterlife. As Egyptian culture developed, these texts also evolved and became more complex and extensive in nature. The Pyramid Texts were the first religious spells to be carved into the walls of royal ancient Egyptian pyramids.

Beginning in the Old Kingdom period , these texts were used exclusively by the Egyptian pharaohs to decorate the walls of their tombs. However, Egyptian Queens and high-ranking government officials soon began to use Pyramid Texts in their burial tombs as well. The purpose of these texts were to help the pharaoh successfully complete his journey through the afterlife, by conveying knowledge to the deceased about the paths he should take and the dangers he might face along the way.

The Coffin Texts were spells that were inscribed into the coffins of the dead. They were meant to protect the deceased in the afterlife and provide them with the transformation magic they would need along their journey. These Coffin Texts were generally more attainable, providing the common people of Egypt the opportunity to attain a proper afterlife. It is also important to note that the collection of Coffin Texts known as The Book of Two Ways functioned as the earliest manual to the afterlife.

The Book of the Dead was an extensive collection of spells that included material from both the Pyramid Texts and the Coffin Texts. In the New Kingdom period , the Book of the Dead was normally recorded on papyrus. However, it could also be found on the tomb walls, coffins and the wrappings of mummies. Like the Coffin Texts, the spells illustrated within the Book of the Dead were used by everyone. These spells offered advice, protection and knowledge to the dead as they journeyed through the netherworld. The Books of the Netherworld contained multiple texts that provided the deceased with a description of the underworld and served as a guide to help the dead during their final journey.

Since the deceased were often seen replicating the rebirth cycle of Ra as they traveled through the afterlife, these texts primarily focused on the second half of the sun god's journey, which took him through the underworld at night. The earlier Books of the Netherworld, which include the Amduat and the Book of Gates , divided their narratives into twelve parts, symbolizing the twelve hours the sun god spent in the underworld. Later books such as the Book of Caverns and the Book of the Earth used a more sectionalized approach when presenting their narratives. All of these books also contained complex illustrations of the netherworld, which could often be seen etched into coffins and the walls of burial tombs.

Carved into the ceiling of tombs these texts emphasized the role the goddess Nut played in the Egyptian afterlife. Coffins in Egyptian culture date back to the Old Kingdom. During this era, coffins were relatively simple; they were equilateral makings with minor details. These included three openings, one that the Ka was intended to pass through and two that represented eyes. However, as time passed coffins and their structures evolved. By the New Kingdom, coffins had not only become more popular around the area but were distributed for sale. The deceased's body was now represented by the coffin as it held a shape and was decorated with features that resembled the individual inside it. In early periods, the body would have laid promptly on their side with their head directed to the south.

This later shifted and with the body flat on its back, the north became a more favorable position for the dead's head to lie. Mummification was a practice that the ancient Egyptians adopted because they believed that the body needed to be preserved in order for the dead to be reborn in the afterlife. The body was dismembered and wrapped in bandages to safeguard it, if the soul decided to return. Many Egyptians considered the tomb to be a home for the dead, so it was customary to leave offerings near the body of the deceased. This life force was called the Ka , and was considered to be one part of what the Egyptian believed to be the immortal soul. The Ba was another part of the soul that had increased mobility and dwelled within the Ka.

Ancient Egyptians theorized the passage to the afterlife in a series of stages. The first phase was believed to encompass the vehicle of transportation, which would eventually direct their departed souls to immortality. Individuals were subjected to a multitude of passages; but the choice of route was not theirs, it was dependent on their status. The aspect that was most universally influential in determining what passage was taken was one's position among their leaders.

Despite the differences between voyagers, beliefs concerning the afterlife were highly reliant on religious ideologies. For example, early people often used religion to understand, as well as relate to natural occurrences since science had not yet defined everyday incidents. To demonstrate, there was no justification for the sun's orbit, so religious myths redefined and answered the questions prehistoric people had. Yet, since natural incidences were explained by religious beliefs, other realms of creed mimicked the natural patterns of life. For instance, the general ideology associated with the path to the underworld was believed that as night overshadowed the land, the deceased would begin their journey.

And with the rising of the sun, a new day was not only thought to have begun, but a new life as well. Boat passages to the underworld were strictly reserved for pharaohs who had died. The Egyptian sun god, Ra , was believed to travel to the underworld by boat as the sun set. As a way to mimic Ra's daily expedition, the ancient people of Egypt would construct model boats, ranging in many sizes in which they would bury alongside their pharaohs.

For example, next to the Pyramid of Khufu , researchers uncovered Khufu ship , a boat the size of traditional ships, which displayed not only the extreme devotion Egyptians had for their leader, but their dedication to obtaining eternity for all. In other words, a great deal of the requirements for the deceased to properly reach the underworld rested on the living. In order for pharaohs to arrive at their final destination, his people had to construct a variety of boats to ensure his departure.

As a result, communities had to come together to support each other, otherwise their perspective of immortality, as well as their beliefs would end indefinitely. Poetry in its simplest form still contains great value and often has a hidden meaning that is not initially apparent. One subject that plagues many poets is death. Death is viewed in a negative manner and very rarely has any aspect of hope. Furthermore, poets treat death. Death by Emily Dickinson reveals the calm acceptance of death and transition into the afterlife whereas Mid-Term Break by Seamus Heaney conveys his view towards the tragic death of his younger brother. Mesopotamians did believe in a afterlife. Mesopotamians viewed the afterlife as something they have to have.

They knew that they could live on after they died and everyone wanted that. If the person could not live on then they needed to be remembered in some way. They believed that when a person died that it was not their ultimate end of life. They said that the person would still live on in spirit or in the netherworld. The Mesopotamian afterlife beliefs are burials, grave inscriptions. The narrator describes the garden in which the toad spends its last moments of life with vivid and descriptive imagery to highlight the beauty of nature and signify the idea that even as life ends it is surrounded by more life. Dickinson shows the reader a woman lying on her bed waiting to pass on, but also surrounded by all.

Death, and what happens to us afterwards has always been a much debated, highly controversial topic. Every era has its own take on it. This view on death is often reflected in the art and literature of that particular era. According to many religions, killing oneself is a sin, a one-way ticket to a torturous, fiery afterlife. Using this belief, Hamlet appears to be concerned about the fear of death, a common matter that people are anxious about.

However, what exactly is the fear of death? What causes it, and what does it cause? Also, is there a solution for it? To answer. The ancient egyptians your organs would continue to work, and be needed, well after death which is why it was important they were preserved. The process first involves removing all the body parts that are prone to rapidly decay, removing the the. Those living in the 21st century do not give much thought to the afterlife. As stated before, fate is quite simple.

Once departing the Earth, one is thought to live in agony or comfort, or somewhere in between. She resembles death like positive music which I think it is a nice way to think of. Dickinson shows that she is confidant in death and after the end she is not afraid. She represented the afterlife like music even if we cannot see it that does not mean it does not there. Regardless, Emily Dickinson is known. Ancient Egypt is commonly believed to have been a society enthralled by the notion of eternal life. Look on my Works, ye Mighty, and despair! Nothing beside remains. Round the decay Of that colossal Wreck, boundless and bare The lone and level sands stretch far away.

Ancient Egyptian religion is, in these terms, a naive and narcissistic effort to deny the inexorable predation of time, which strives instead for immortality. This is partly justified. Ancient Egyptian literature often suggests a similar ethos. Yet, despite this popular view of the Egyptian afterlife, some Ancient Egyptians were highly ambivalent about such beliefs. Two texts from the Middle Kingdom c. It is telling that such sentiments arose in the Middle Kingdom. Egypt in this period had just emerged from an era of devolved power, fragile central government and intermittent warfare between various Egyptian kingdoms, dynasts and petty warlords. Despite the re-establishment of central power in the Middle Kingdom, a certain fatalism persisted in its literature, which hints at a continued awareness of the dissonance between the invincible pharaoh projected by state propaganda and the relative chaos of the previous epoch.